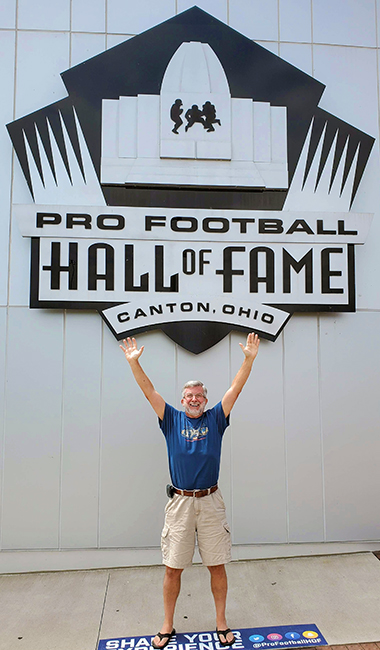 It was a wonderful experience to visit the Pro Football Hall of Fame!! I loved learning more about football and reliving so many memories over the decades. 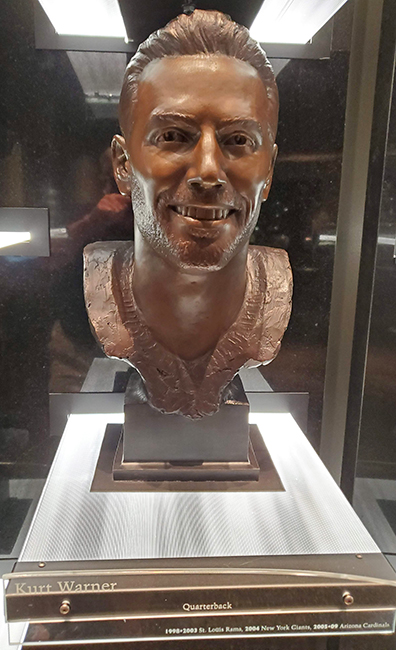 I have always highly respected Kurt Warner as a person and it is incredibly amazing that he lead two different teams to play in the Super Bowl! 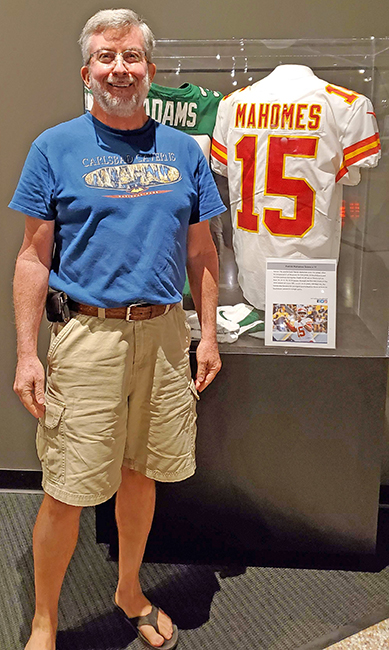 Patrick Mahomes was one of my favorite players last year. Having lived in Kansas City, I have always liked the Chiefs. It was wonderful that they Chiefs won the last Super Bowl!

I went to Canton, Ohio and had a completely magical time vising the Pro Football Hall of Fame. I have always enjoyed football and seeing the exhibits brought back so many forgotten memories of exciting teams, players, and games. 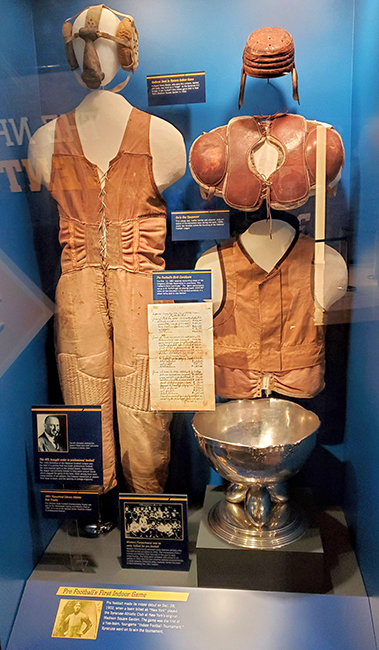 Learning about the history of football was interesting. 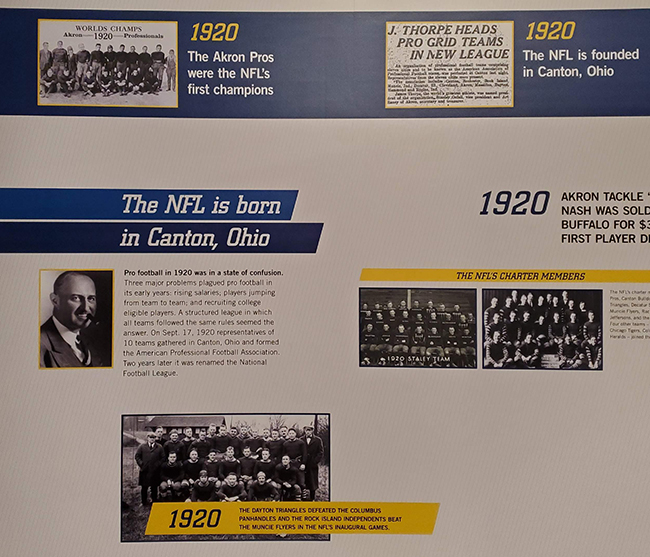 I had absolutely no idea that the NFL was born in the tiny town of Canton, Ohio. Who knew?

Never did I know that the forward pass was illegal until 1933! 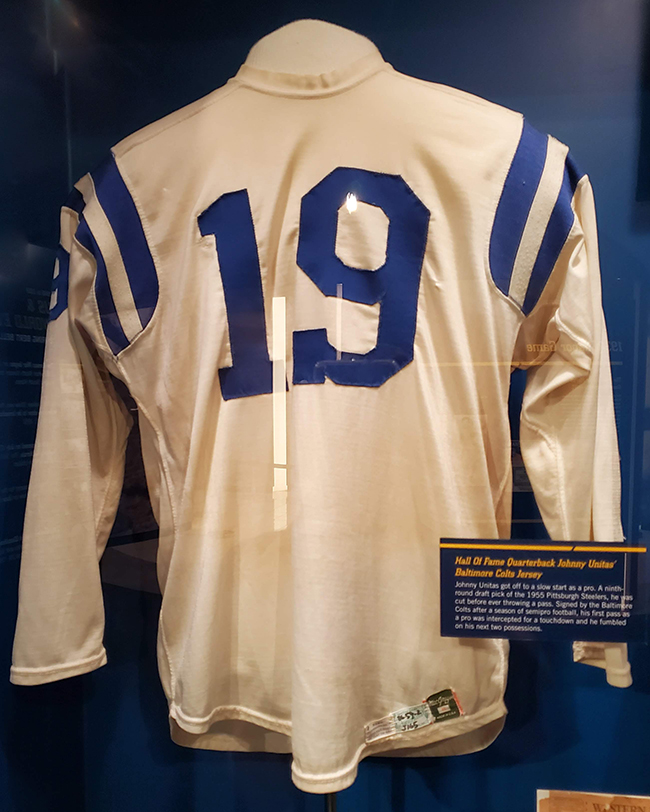 Growing up in Flagstaff, I remember watching Johnny Unitas play. He was amazing to watch!

I was glad to see that enormous recognition was given to Jim Thorpe.

It was fun to learn more about the history of the game of football. It was especially nice to see recognition given to some truly exceptional people.

I vividly remember watching the Miami Dolphins during their perfect season. It was a truly remarkable group of coaches and players. 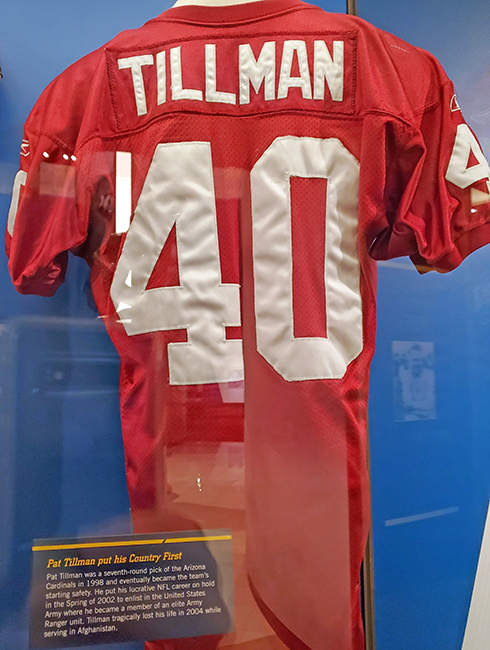 I was shocked to learn the the field use to be 110 yards in length and did not have end zones.

I remember the Miami Dolphins going undefeated when I was in junior high. I loved the “Philly Special” when quarterback Nick Foles caught a touchdown pass in the endzone for Philadelphia to beat the New England Patriots. 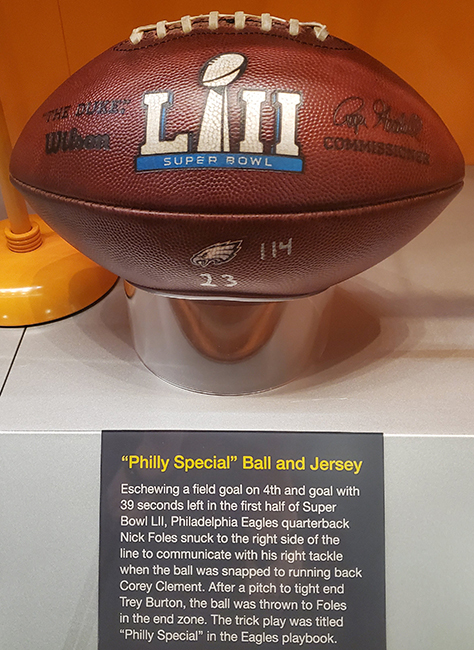 I was very happy to see that the “Philly Special” football made it into the Hall of Fame. It was such an unexpected play and I was extra happy that it was Nick Foles that caught the ball for the key touchdown. 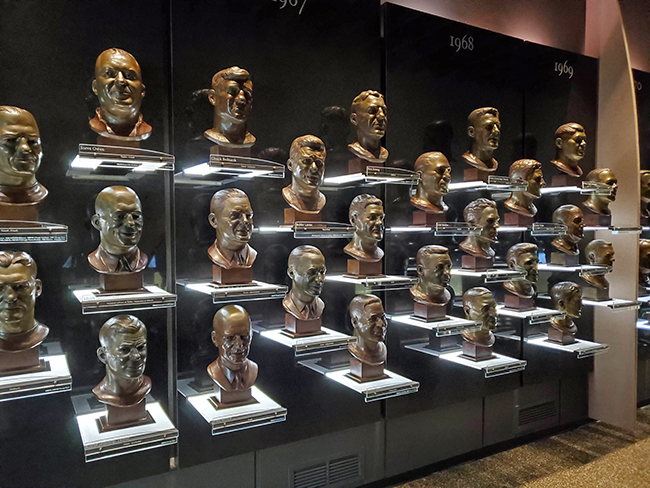 It was impressive to see the sculptures of so many great individuals. 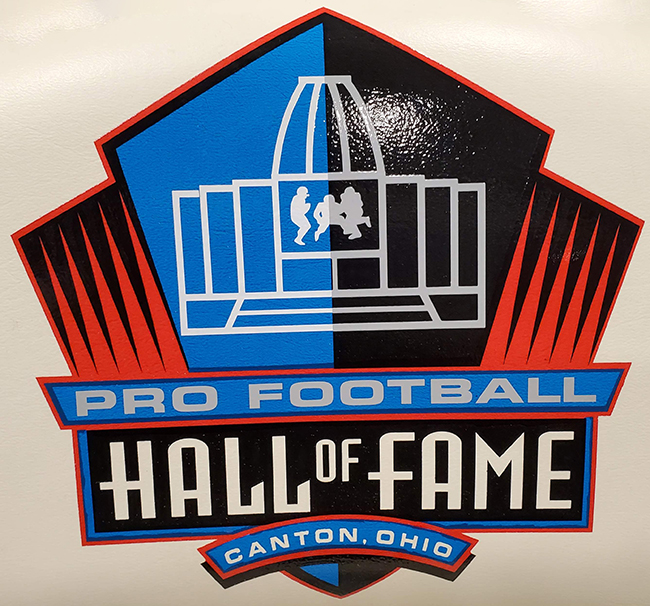 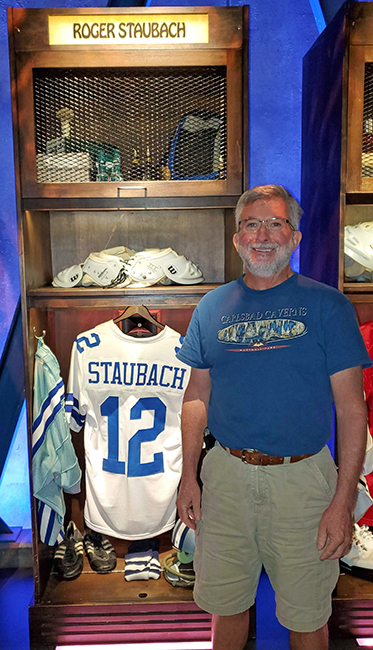 Roger Staubach is such a high class individual and was an amazing player. However, I have never really like the Cowboys, so I usually rooted for whoever was playing the Cowboys. Roger Staubach broke my heart repeatedly by guiding the Cowboys to win after win. He is truly an impressive guy.

Jim Thorpe was before my time, but he had a huge impact on the game of football. 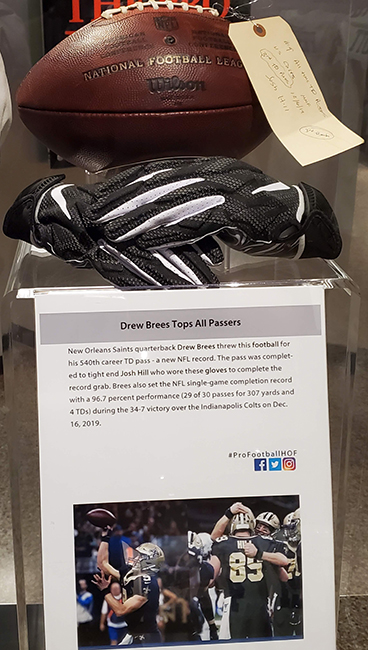 I remember watching this game when Drew Brees broke this amazing record!

Patrick Mahomes and his MVP season. Probably more to come in the future? 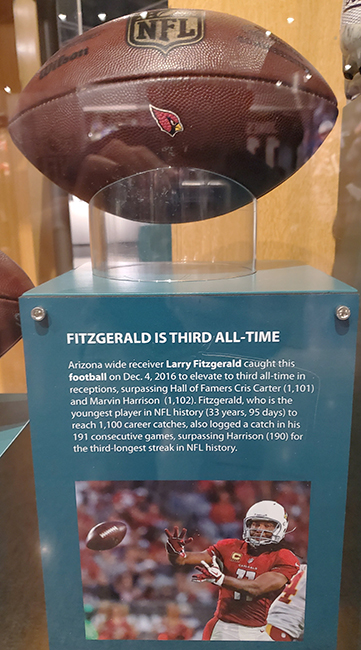 Larry Fitzgerald is a tremendous athlete and a tremendous person. The Cardinals have been so fortunate to have him for so long. 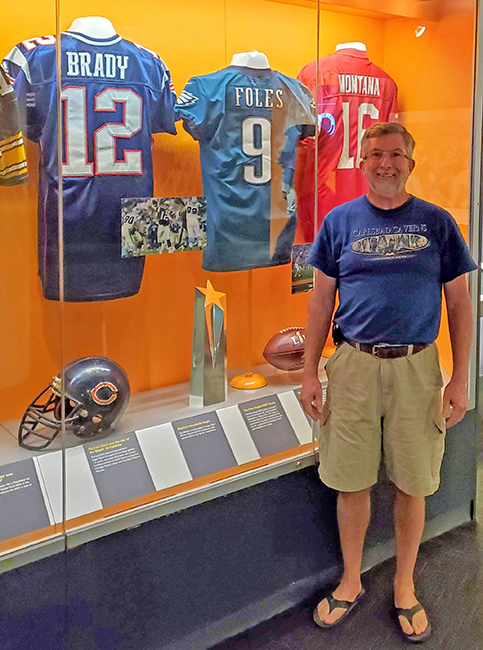 I was very happy that former University of Arizona Wildcat quarterback Nick Foles was the MVP when he guided the Philadelphia Eagles to a Super Bowl win. 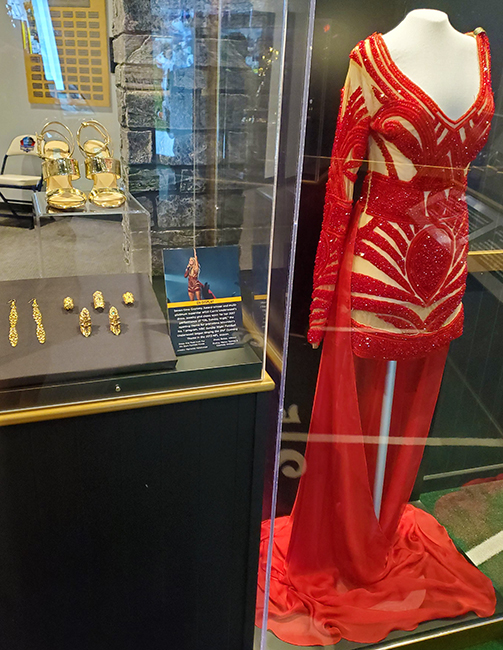 The Hall of Fame even had the dress and jewelry worn by Carrie Underwood when she sang the famous song about getting ready for Sunday Night Football.

I spent hours and hours walking through the exhibits, reliving impactful plays, and thinking about such a big part of American culture. I highly recommend a visit to the Pro Football Hall of Fame. 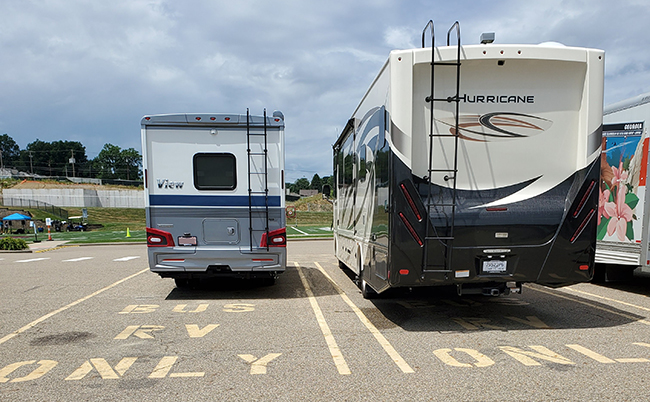 Our new motorhome is parked here in the Hall of Fame parking lot. We used to own a large 40 foot diesel pusher. Now we have a cute little 24 foot diesel motorhome. I laughed at the size difference when I came back to our motorhome. Everything is smaller with our new motorhome, but it is nice and nimble to drive.