The University of Wyoming Cowboys!

I drove down to Laramie Wyoming from Devils Tower using mainly 2 lane back roads. The clouds and landscape were beautiful and it was a nice (but sort of long) drive. After getting fuel for the motorhome, I headed to the only Walmart in town to buy a few groceries.

You have to love a school where the mascot is a cowboy. Cowboys are rugged, hardworking, and usually have loads of common sense. Throughout Walmart, people were wearing clothing that said Wyoming Cowboys. The University of Wyoming is the only 4 year school in the state and it is obvious that the community is proud of their university. 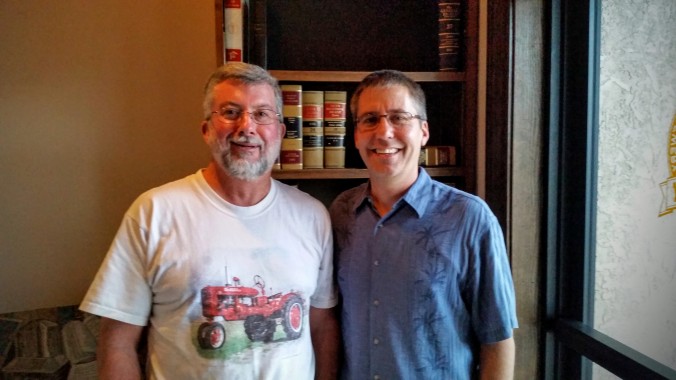 My main goal in coming to Laramie was to contact Kem, a faculty member at the University of Wyoming. Kem and I used to work together many years ago when he was a Ph.D. student at the University of Arizona. It was fabulous to see him again! Kem gave me a tour of Laramie and the University. I learned that although Wyoming is a large state geographically, there are fewer than 500,000 people that live in the entire state. He liked working at a university that was not too large and found it easy to collaborate with other groups on campus. 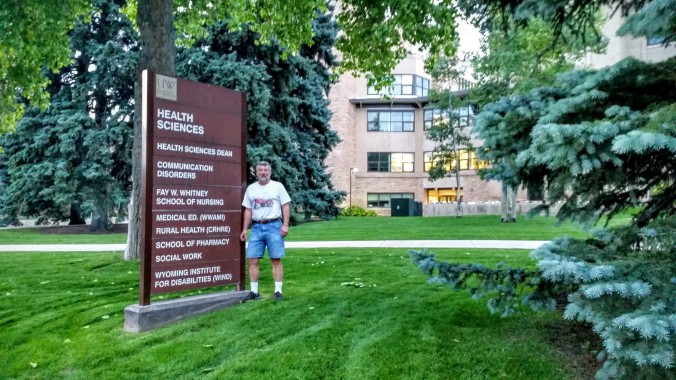 The campus is beautiful!

Kem is working to develop some online courses and is trying to talk me into helping him create courses and lectures. I am trying to decide how large of role I would like to have. I still like giving presentations, but I also have really enjoyed being retired and having flexibility in my schedule. We will see what happens in the future. The plan is to have the new program start in the fall of 2016.

Devils Tower is so impressive! 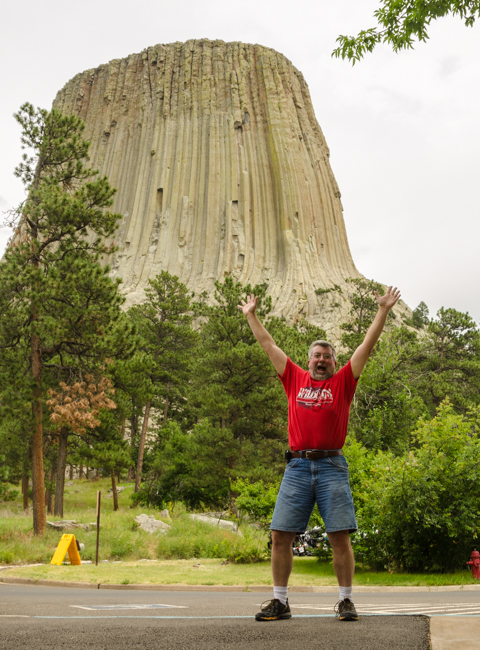 I was excited to see Devils Tower in person!

Today was an exciting day. I drove from Gillette, Wyoming (courtesy of a great night’s sleep at Walmart) to Devils Tower. It is extremely impressive as it stands out as a high point with nothing else around it. I learned that Devils Tower was the first national monument created by President Theodore Roosevelt in 1906. 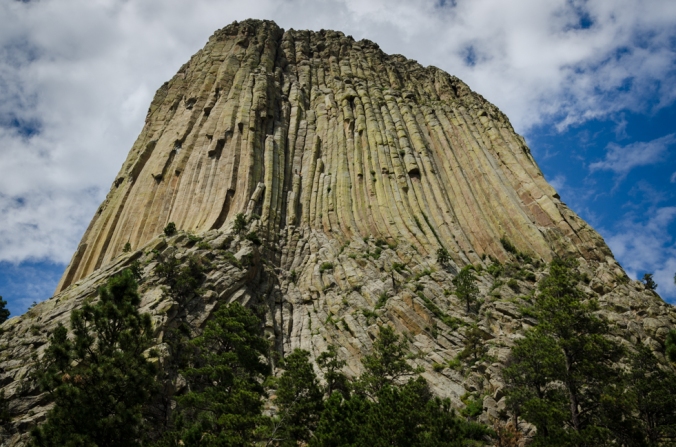 I think for many people, Devils Tower became most famous because of the movie Close Encounters of the Third Kind. In my campground, they show that movie every night. My campsite was wonderful and had a great view of Devils Tower! 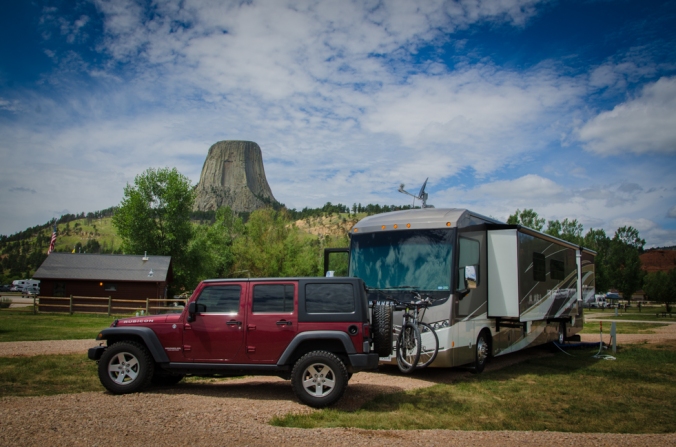 The campsite I was assigned had one of the best views of Devils Tower! 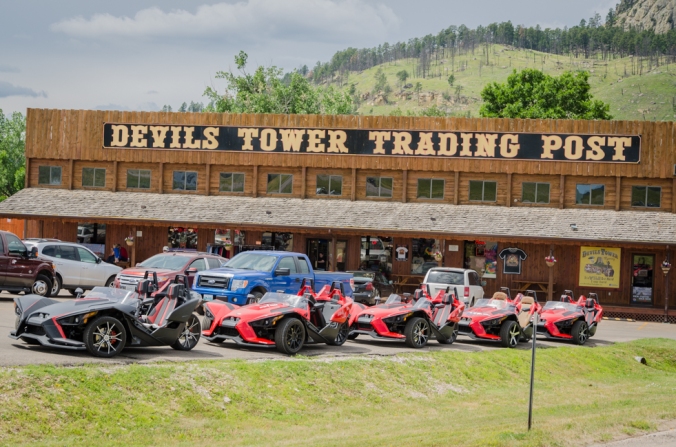 All kinds of motorcycles are ridden to Devils Tower.

Climbers love to climb to the top of Devils Tower. It was fun to watch them from a distance, but there is no way I would try it. That would be way too scary for me. 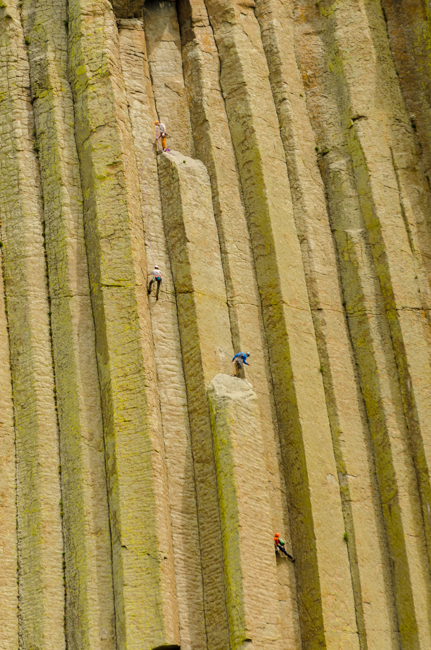 These climbers were amazing to watch.

There is a trail a little over a mile long that goes all around Devils Tower. It looks different as you move around to view it from different angles. 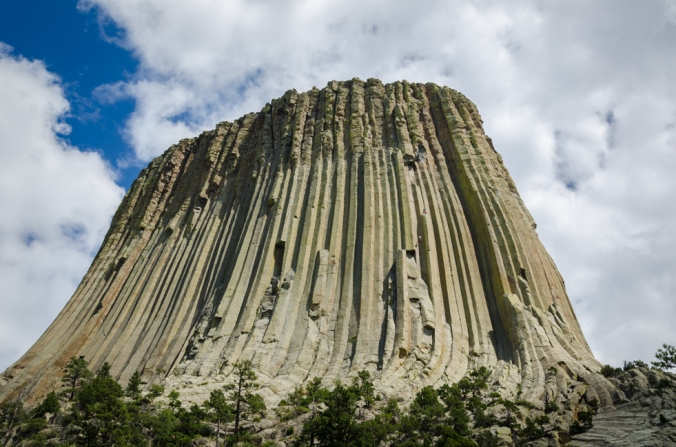 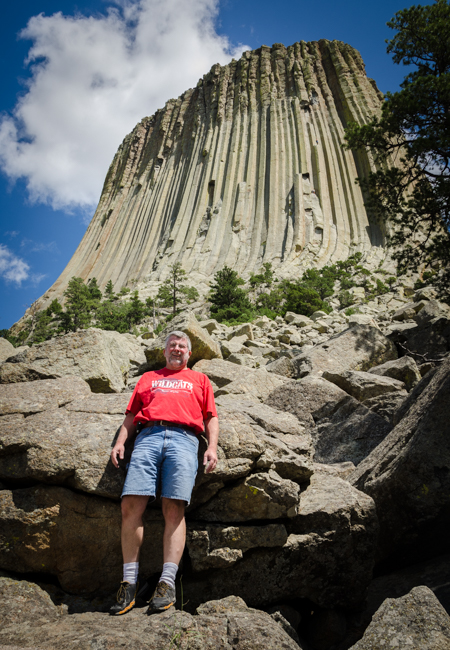