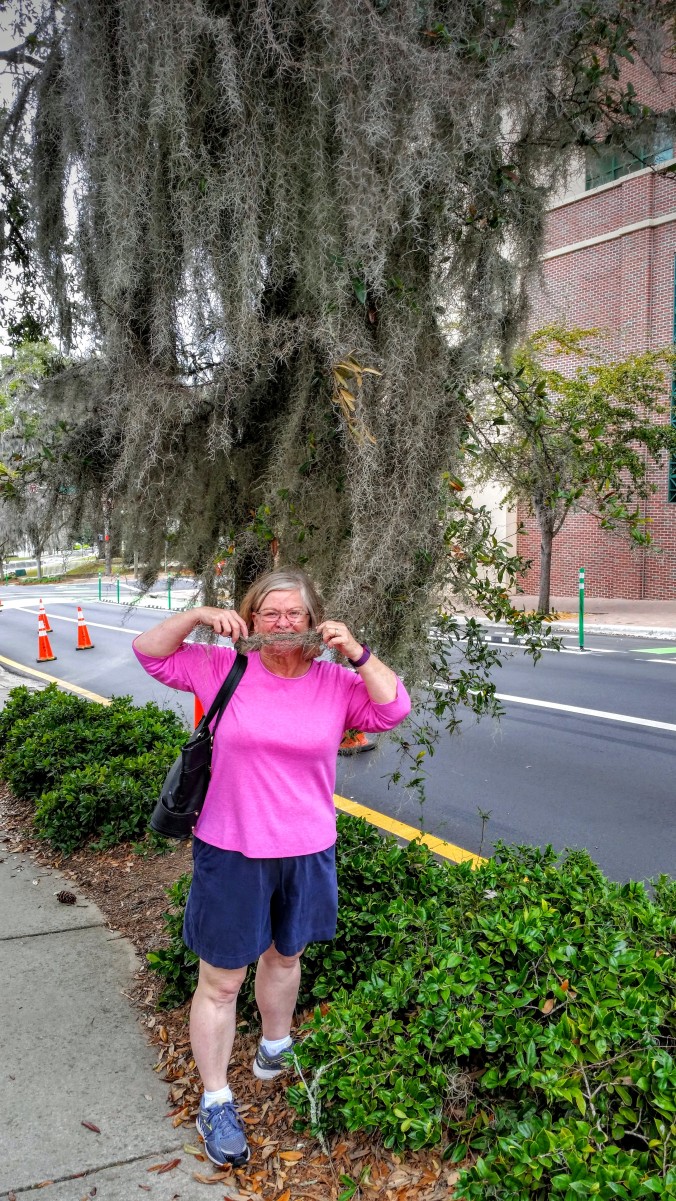 Charlene loved her mustache with the moss growing on the trees!

The dolphin statue was very impressive!

Today we had a wonderful time visiting Tallahassee. We started by first driving to the Florida State University campus. This is a famous campus because the Florida State Seminoles won the football national championship in 2013. We finally saw the famous Seminole statue outside their football stadium. It is quite impressive!

We have seen this impressive statue so often on TV, it was nice to finally see it in person! 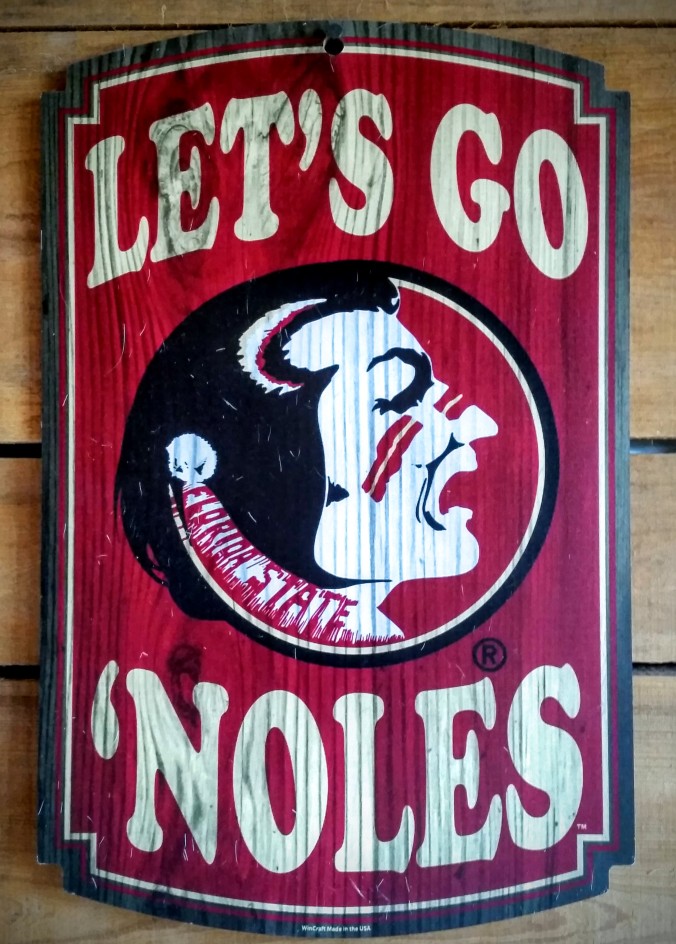 We next visited the old and new Florida state capital buildings. The old capital had a very impressive stained glass design inside their capital dome. Between buildings, we came across a Florida State band playing their fight song. It was fun to watch them play. 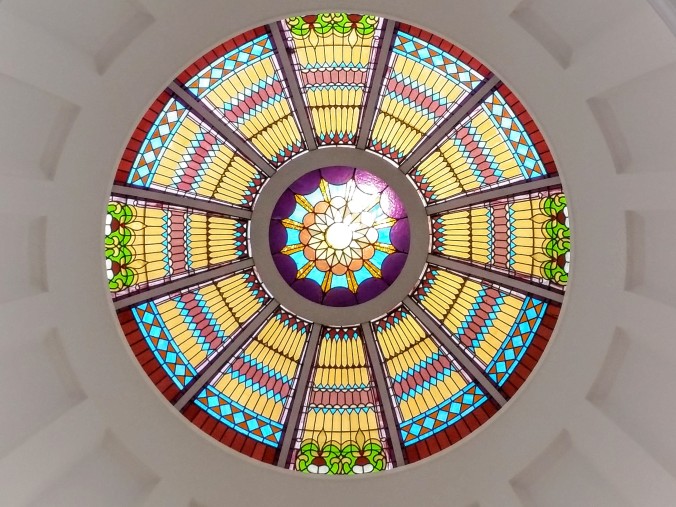 This is stained glass inside the old Florida state capital building. It is very beautiful!

We next visited the Florida state history museum. We did not know what to expect, but Charlene and I both thought it was extremely impressive! We highly recommend it! It was interesting to learn about Florida’s history. There were so many impressive aspects including the various Native American tribes, role of Florida in the civil war, growth of military bases, expansion of the citrus industry, population growth, tourism industry, and car racing industry. I never knew that the Spanish brought the first oranges to Florida and started their whole citrus industry.

This saw was used during the Civil War to make limb amputations.

For lunch we went to a restaurant near the state capital. I ordered a Marco “Cubio” Cuban sandwich and Charlene ordered a Jeb Burger. These were named for the Florida state senator (and current presidential candidate) Marco Rubio and former governor Jeb Bush. Both items were fantastic!