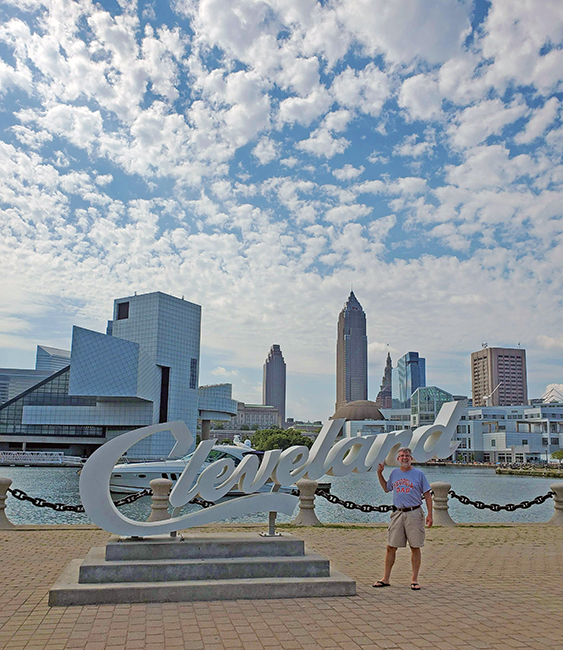 Cleveland was a great place to visit! I especially enjoyed the Rock and Roll Hall of Fame! 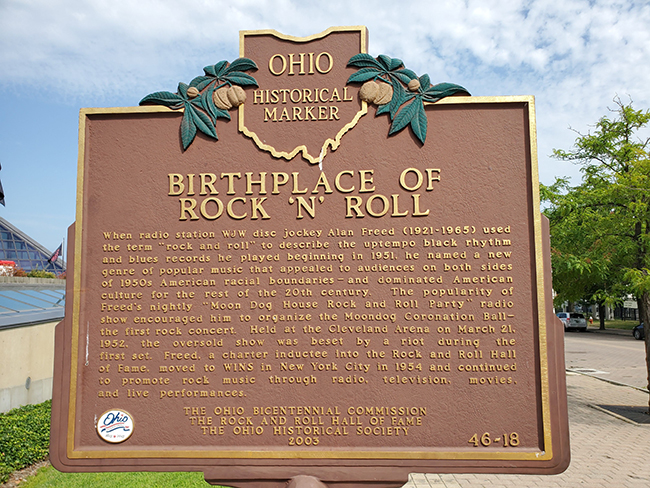 It was interesting to learn about Cleveland, Ohio’s contribution to rock and roll.

I had a wonderful time visiting the Rock and Roll Hall of Fame in Cleveland, Ohio. I am not sure why Cleveland was selected for the location, but it is a marvelous museum. I do not consider myself all that focused on music, but even a dunderhead like me could appreciate all the exhibits. From stars decades ago to current musicians, the museum covered it all. It was quite impressive. There were so many interesting things to see, there is no way I can cover it in just a few photos. 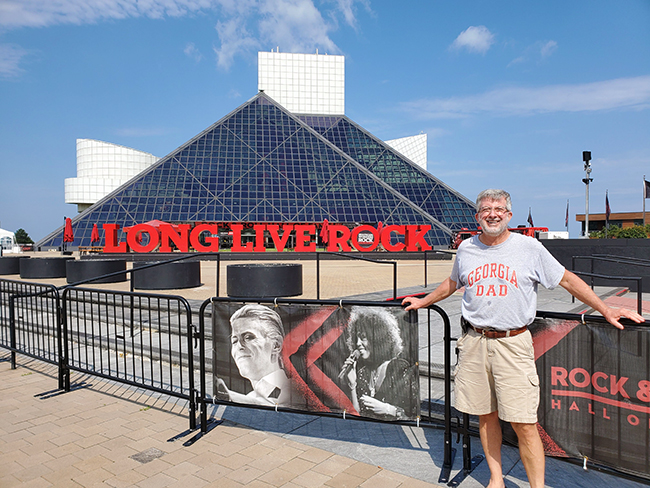 Outside the museum had added security because of the covid 19 pandemic. Also, quite a few people had Georgia connections and loved my t-shirt (where Neil earned his PhD)!

I just keep walking through different sections with more and more remembrances. Songs that made me think of different events. Songs I remember listening to while driving. Songs that friends and family really enjoyed. 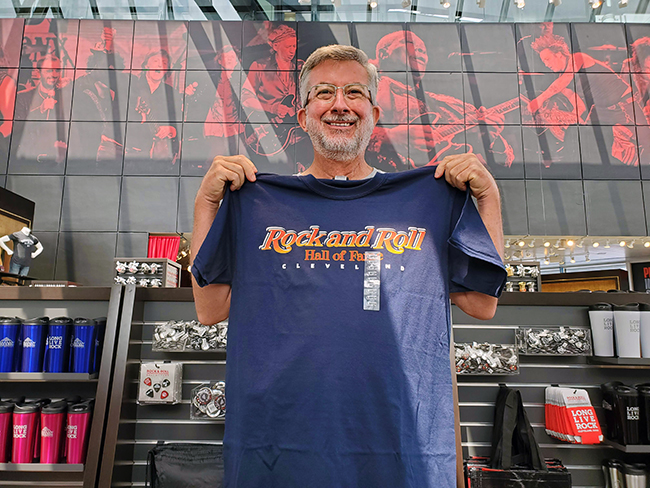 I was obligated to buy a t-shirt highlighting the Rock and Roll Hall of Fame and Cleveland! 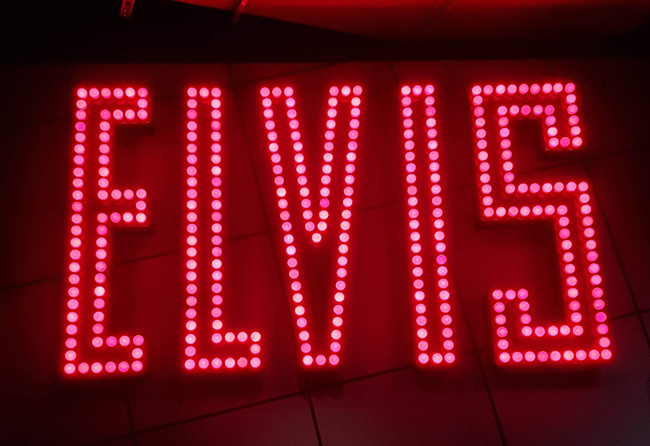 Elvis made a huge impact on Rock and Roll and he was highlighted.

From what I saw, the largest crowd of people were gathered around the Beatles exhibit. There was a display that went through 13 of the Beatles albums and showed excerpts when the album was being recorded. I found it fascinating. 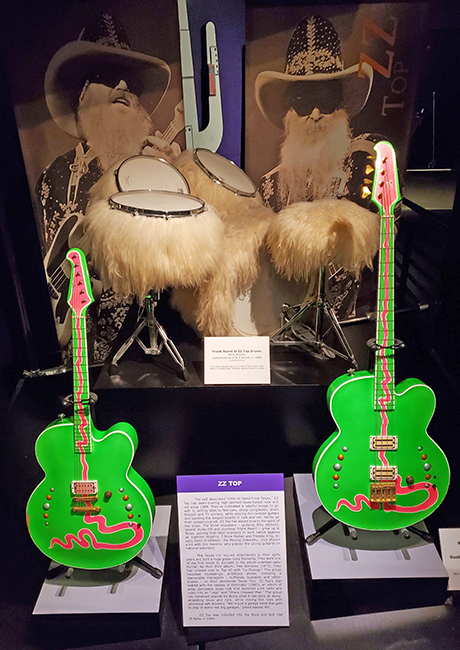 I love these guys beards and a number of their songs!

From ZZ Top, to the Rolling Stones, to Lady Gaga, to Taylor Swift, to Michael Jackson, the content was simply amazing. I am not sure why, but it really amazed me to see the actual piano where Paul McCartney wrote the songs “Got to Get You Into My Life” and “Eleanor Rigby.” 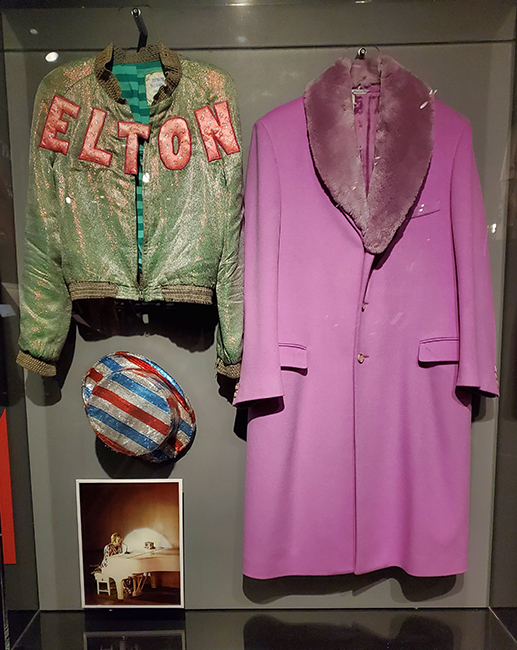 During my first year of college I attended an Elton John concert in Tucson. It was the first rock concert I had ever seen live. 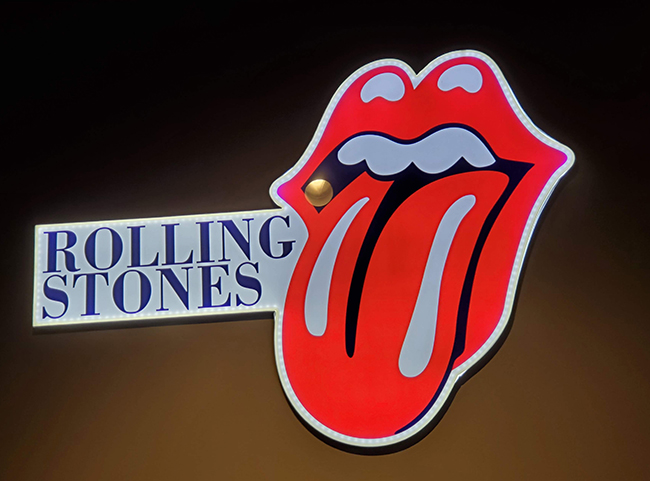 Over the decades, the Rolling Stones just keep flowing with music.

I highly recommend visiting the Rock and Roll Hall of Fame. Music has had quite an impact on our culture (both good and bad). It was fun to walk through memories as musicians and songs were highlighted.

Michael Jackson had an enormous impact on Rock and Roll music! 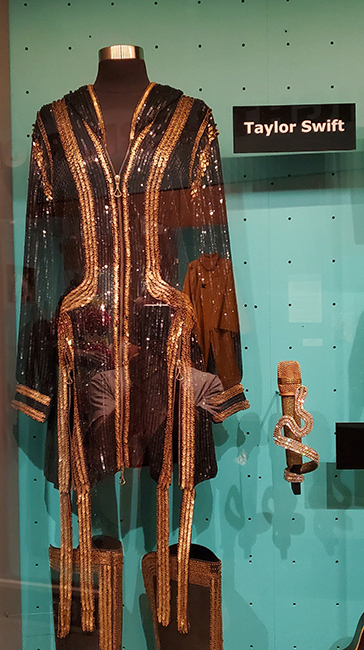