We were excited to attend our first Oklahoma City Thunder NBA game!

Charlene was very popular with the Thunder cheerleaders since it was her first game.

We drove for 5 hours today, going from Branson, Missouri to Oklahoma City, Oklahoma. We found that the Oklahoma City Thunder were playing a home game, so we decided to be spontaneous and buy two tickets way up in the nosebleed section. We were laughing that we had the opportunity to do something unexpected and spontaneous! 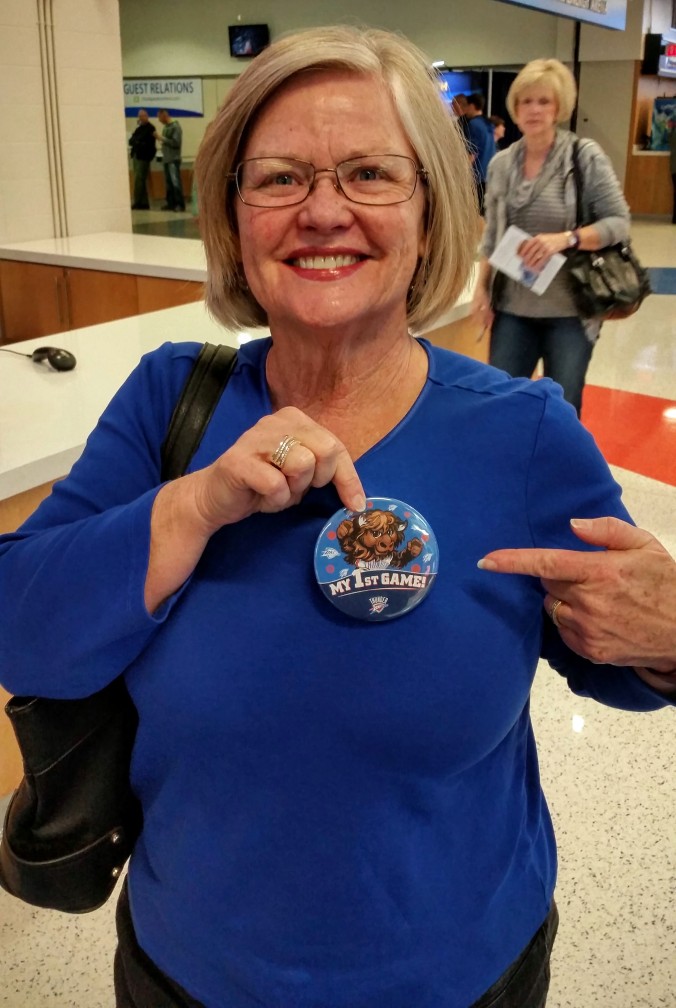 Charlene received a button since it was her first NBA game!

Although we have driven through Oklahoma City on multiple occasions, this was the first time we actually stayed in the city. It is always fun to learn about a community, walk around different areas, and meet new people. We also like discovering new, independent restaurants. We looked online and talked to several people about where to eat and selected an Italian restaurant. We had fun talking to our waiter because he was a Kansas City Chief fan and I was wearing a Kansas City Royals t-shirt. 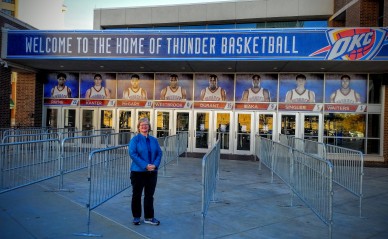 After eating, we headed to the arena for the game between the Oklahoma City Thunder and the Atlanta Hawks. It was Charlene’s first NBA game, so it was extra fun. The Thunder gave Charlene a big button that announced it was her first game. A local group of “cheerleaders” was excited to meet Charlene since it was her first game.

Our seats in the arena were high up. We joked that we could not tell who the players were because they all looked the same from our height. I really enjoyed watching Kevin Durant play live and in-person. Everyone left happy because the Thunder won! 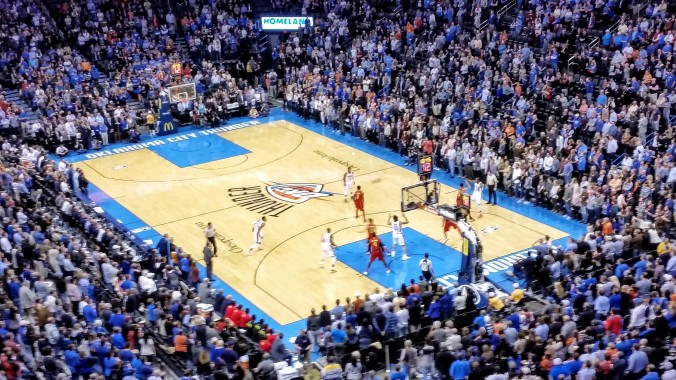