Charlene in front of the first Walmart store.

Today we drove to Bentonville and went through the Walmart Museum. We really enjoyed it! It was quite amazing to see the stores that Sam Walton started and how fast Walmart expanded. It was impressive to see the Presidential Medal of Freedom that he received. Having grown up with a parents that had small businesses, it was truly shocking to see how fast Walmart grew. The miracle from Arkansas has had a worldwide impact. Not too many people can claim that achievement.

I had fun seeing Sam Walton’s famous old truck that he drove around despite being quite wealthy. I liked his truck.

Presidential Medal of Freedom given to Sam Walton.

After going through the Walmart Museum, we drove back to Fayetteville and went to the Clinton House. Please do not laugh at us. Bill and Hillary were both faculty members at the University of Arkansas in the mid-70s and we toured the house where they were married and lived as faculty members. How many people can say they have been in Bill and Hillary’s kitchen? Or bathroom? Or bedroom? 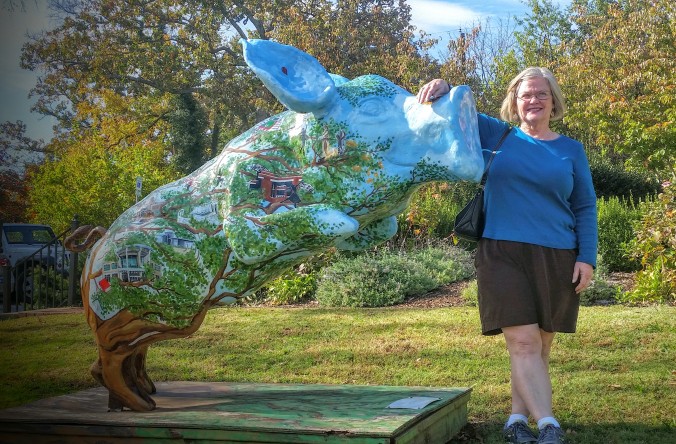 The hog statue at the Clinton House. 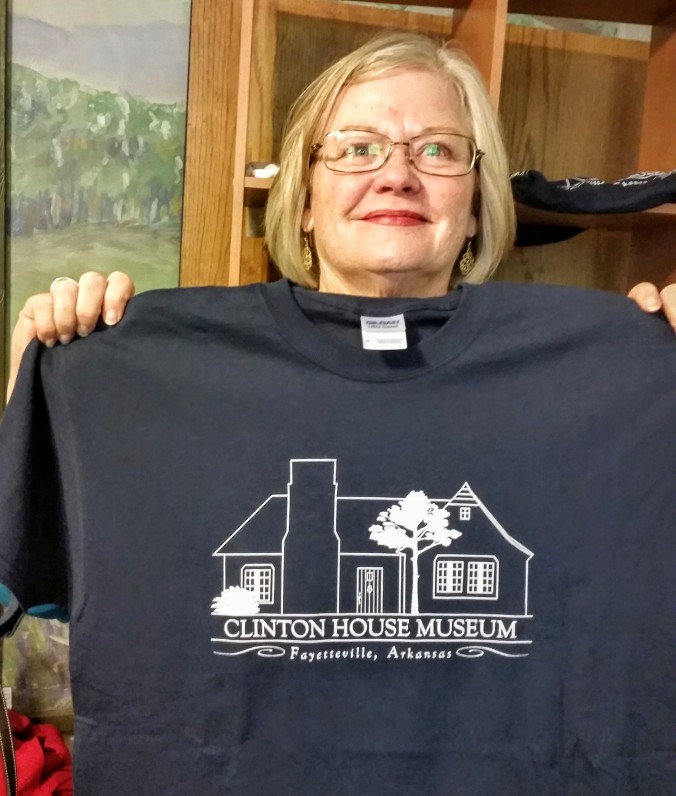