We completed the circuit today of visiting the national parks near Fresno. Today we drove through Sequoia National Park. It has been nice to visit all the nearby parks and monuments that have groves of giant sequoia trees.

Ed is dwarfed standing in front of General Sherman! 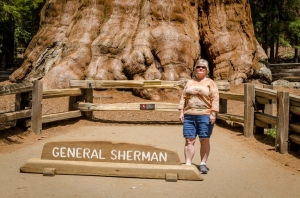 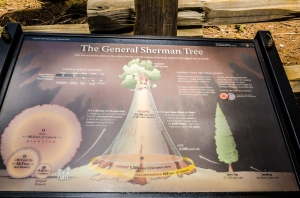 By volume, the largest tree in the world